Skip to content
Posted on 12th April 2017Author Coddess No Comments on 2017 Projects so far….

Gosh 2017 has been a bit mad!  Have been working with Norwich Fashion Week and Heritage Lottery on a project about fashions that people created in the past.  You can see the results at http://norwichfashion.co.uk/makers-month-heritage-gallery/

Was also involved in Makers Month and worked with John Lewis.  At John Lewis we ran workshops where people got to make garments using patterns from the past. And then we were at The Forum with the Costume and Textile Association.

It was all very successful and well received.  In conclusion the project reached a wide cross section of the public from older people – the oldest was 84 to school children.  The workshops were popular and could definitely be rolled out to a wider audience and the timeline was something that fascinated people.  It was great to see pictures of things that people made in the past and this is something where there could be a follow on project as it was very popular.  The talks were popular but didn’t capture the imagination in quite the same way as the event at The Forum. 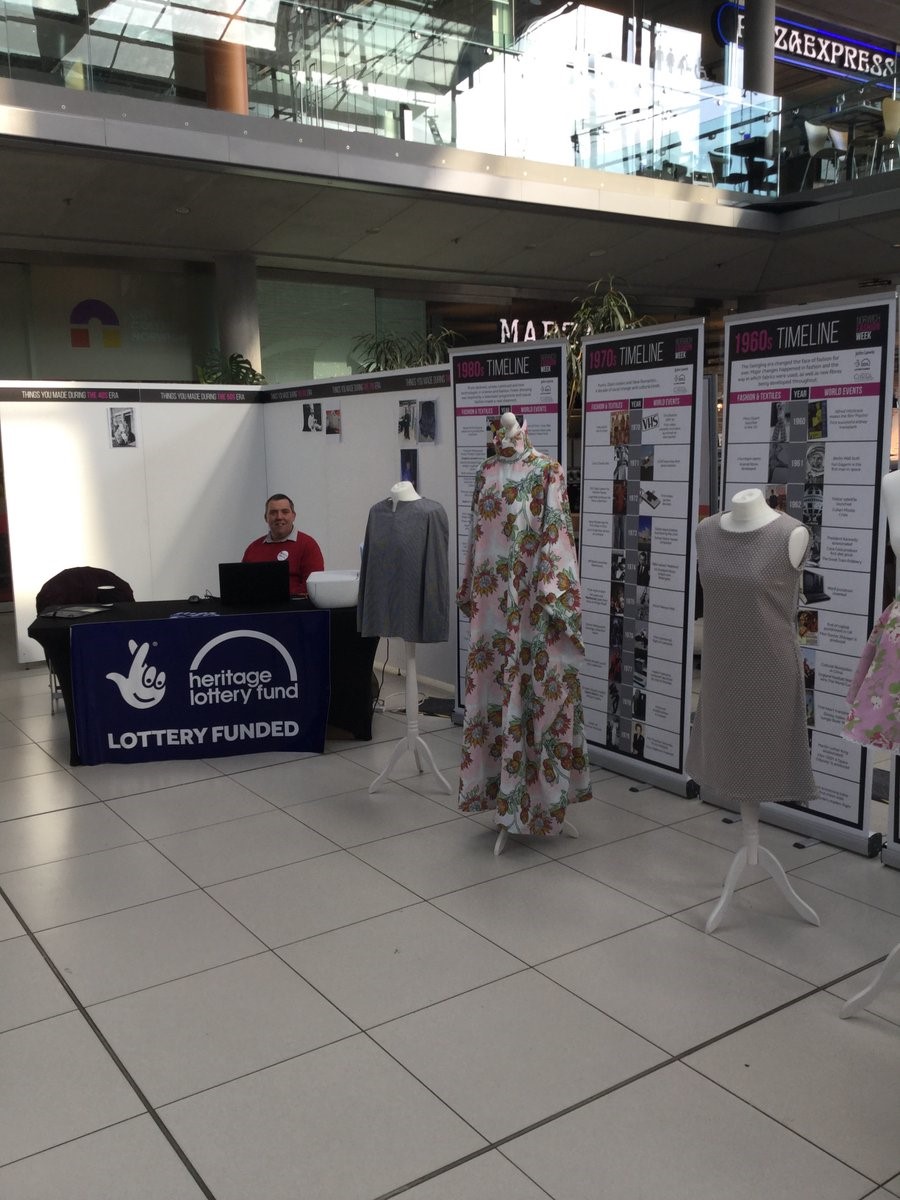